A Fledgling, New to Flight

Posted by eyes cast down in The Creative Life on October 5, 2012

After a five-month break, during which I played only one live event (a laptop-driven atmosphere for an art show opening in mid-May), I emerged from The Keep in September for a workshop and my highest-profile concert so far.

Having determined to begin exploring a more earthy, tribal sound, I recently added a djembe and clay pot drum to the percussion section. And for these shows I finally got to bring along my keyboard controller, as there were no space constraints. So I had the artistically-necessary feeling of leaving behind the safety of the nest. This timing was perfect, especially given the nature of the first event.

September 15: the Carving Through Shadow workshop was an exploration in going within and expressing the journey through drawings. I’ve been keen on working in such a situation since I started playing live, so I was jazzed to finally have a chance to give it a try.

1. Getting Comfortable was a purely atmospheric, slow-moving and fairly minimal synth zone. It’s a great pleasure playing around in this mode.

2. Getting Uncomfortable, an inward descent, got down, dirty and earthy. The whole percussion section came out for this.

Getting past some discomfort of my own, I finally undertook to use my voice as an instrument, to open another door inward. Immediately, a couple of the participants joined in, giving voice to their own work. That was a good start, for a direction which I hope to pursue down the road. (Anyone know an overtone voice teacher anywhere near Chicago?)

3. A New Way was about coming back up to the surface and integrating what was discovered. For this I used mostly layered guitar loops.

The energy was good all around, as everyone came ready to go for it. Many thanks to expressive arts therapist Eve Brownstone for running the event, and to everyone who took part! 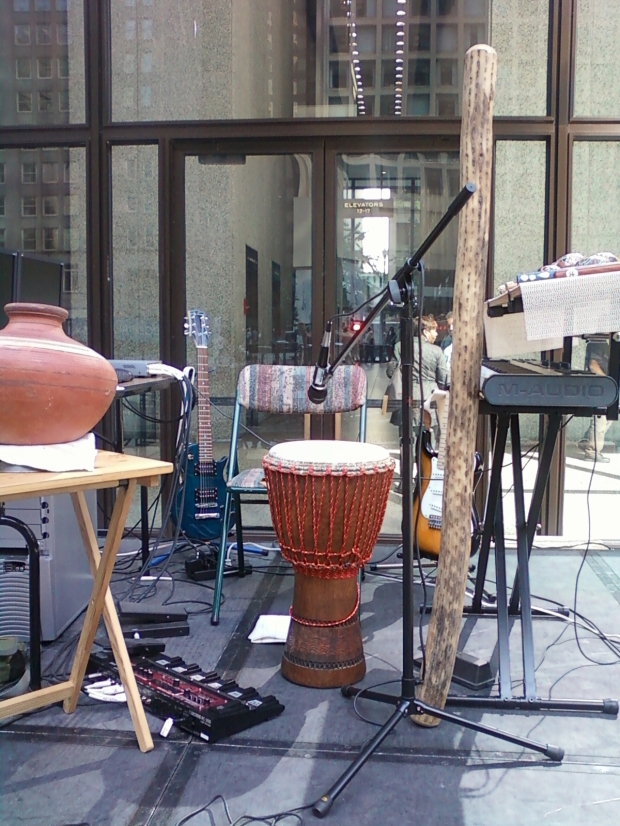 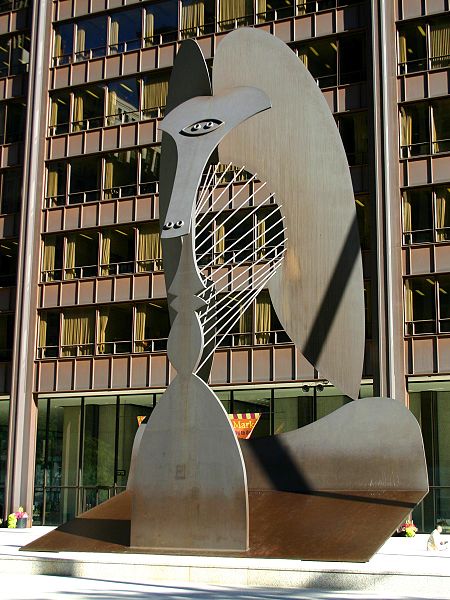 This show also celebrated the one-year anniversary of my move from Toronto to Chicago.

To help capture the mood, I picked up a wonderful eagle T-shirt from the Amerinkas gift shop. So now it’s a feeling of leaving the safety of the eyrie – hopefully to soar.

Apropos of this, the most exciting development from this show is the Fledgling suite, which came about of its own volition. Three pieces that were intended to be separate simply drew together (both musically, and as a concept, when their titles turned up). The middle one, First Expanse, is modeled on one of those formative studio jams from Spring 2004 (see my First Iterations blog).

Like many pieces from this year’s shows, these are works in progress, hybrids of composition and improv, trying out some cool ideas. I’m excited to see how they move forward; Fledgling could end up being the centerpiece of an album as well as live shows.

The program was completed by guitar staples First Day Apart and Radha’s Tears, which will open and close the Separate Ones album, along with one cover: Future Tribe, from the Serpent’s Lair album. I’ve dreamed about opening live shows with this piece for years. Hopefully I’ll really nail it sometime, so I can send it to Steve and Byron.

Along with taking photos, my wife recorded about 20 minutes of video on her iPad, some of which I will post as soon as I can get it together.

Big thanks to the team at Daley Plaza for helping to make this happen!

Welcome to the CDC blog!

Soundscapes for Your Universe

Some things in life are just meant to be enjoyed

Travels with the Blonde Coyote

Follow the Blonde Coyote and see more of the world!

Creative Inspiration, Philosophical Musings, and the Psychology of Beadweaving

I'm Leah, a freelance Photographer born and raised in Macon, GA, USA. I spent 8 years in the wild west and this is my photo journal on life, love, and the spirit of Wyoming. Welcome to Uprooted Magnolia.

The latest news on WordPress.com and the WordPress community.